The megayachts return to sea

In this strange summer, as spectacular megayachts crossed the seas, news broke that the Cannes Yachting Festival 2020, the nautical rendezvous scheduled to take place from September 8-21, had been cancelled. And yet, optimism still seems to be on the wind in the Italian shipyards that are leaders in the larger yacht segment – an optimism the bosses of Fincantieri and Azimut-Benetti explain in this exclusive to Luxury Tribune. 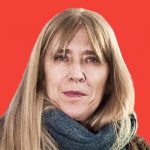 It's no coincidence that the first real megayacht in history was built in Viareggio, Italy in the 1970s. Commissioned by Saudi business magnate Adnan Khashoggi, the Nabila – named after Khashoggi’s daughter – was christened in 1979, and was long seen as an exercise in eccentric folly. Designed by Joan Bannenberg, and with interiors that were unmistakably Luigi Sturchio, Italian interior designer specializing in luxury yachts, the Nabila was 86 meters long with five decks, 22 cabins, a medical center with an operating room, a movie theatre, a disco, two kitchens, a pastry shop and 52 crew members. More importantly, though, the megayacht was Khashoggi’s trump card, cementing his place in the international jet-set, eventually celebrated in a song by Queen and featured in the James Bond movie “Never Say Never Again”. But the Nabila's story did not end with Khashoggi. In 1989, she was bought by Donald Trump and renamed the Trump Princess. She eventually made her way into the hands of Saudi prince Al-Waleed and currently sails as the Kingdom 5KR. Meanwhile, the Benetti shipyard where she was built was bought by Azimut and is now known as Azimut-Benetti. According to the Global Order Book, she is still the yacht that any yacht over 24 meters has to measure up to, according to leading shipbuilders.

12% growth over the past five years

It’s been forty years since the Nabila’s maiden voyage and the Italian shipbuilding industry continues to dominate the international megayacht market, with no less than 268 boats under construction in 2019 out of a total of 621 worldwide. According to UCINA Confindustria Nautica's data on the megayacht sector, in 2018 the sector grew by 78.5% compared to 2010. The luxury yacht segment, comprising the high-end yachts and superyachts, is an 8.5 billion-euro market and has increased by around 12% in the last five years - a significant record, and one that can stand up to the results of any of the other Made in Italy luxury sectors. Looking at the biggest boats specifically, Italy has also produced two superyachts that now rank among the longest 20 in the world, both built by Fincantieri, Europe's largest maritime group, with revenues of 5.8 billion euros in 2019.

But how do we explain the relatively good health of the megayacht sector in these turbulent times? Giovanna Vitelli, Vice President of Azimut-Benetti, told us how she sees it. “For 21 years we have been at the top of the world rankings for the production of yachts over 24 meters in length. And the market is flourishing even this year, despite the grim international situation. Our main concern in the first months of 2020 was to be able to guarantee the delivery of the yachts. We organized work into three shifts in all shipyards, and the fact that we were able to work in the water and outdoors allowed us to comply with the required hygiene measures. The orders we have received in the last few months have confirmed the great interest in investing in important yachts, probably because they are considered a safe place during the pandemic, and certainly also because of the desire to invest in a beautiful object. In the United States, our largest market, we have seen an increase in sales that has been double that of 2019. This year in Cannes we were scheduled to present the Magellano, a 25-meter yacht designed by Vincenzo De Cotiis and conceived for extended journeys in the name of absolute pleasure, with a charming look that I would define as soothing, perfect to enjoy the beauty of the sea.”

It’s a philosophy that is markedly different from the days of the Nabila, which has withstood the test of time and is still regarded today as the ultimate contemporary yacht. But not everyone knows that Khashoggi was not easy to please and even then, heading into the heady days of the 80s, he was already looking forward to the Nabila II, then still in the design stage and fated to never leave the drafting table. The contract was to be awarded to the best proposal among the four most popular designers of the time: Bannenberg, Gilgenast, Paolo Caliari and Alberto Mercati. It was Mercati who brought home the prize. “What fascinated me at the time was having to think about the world’s largest boat,” he recalls. “That’s why I went back to the concept of German cruisers from the Second World War, and racing boats like the Penguin. She was to be innovative on all levels: the upper part of the yacht would slide, the indoor pool would be expandable, the foredeck was cobra-shaped... Khashoggi was enthusiastic, but then he was arrested and nothing ever came of it. It would have cost 75 billion lira, but I didn't even get paid for the project proposal.” And so the dream of a 120-meter successor to the Nabila remained unfulfilled.

Besides the boats that sprung from Khashoggi’s dreams and sailed from the Azimut-Benetti shipyard, quite a few more of the largest superyachts sailing the seas today were also built in Italy. Daniele Fanara, senior vice president of Fincantieri Yachts, talks about these giants. “The Fincantieri Group set up Fincantieri Yachts to cater to this particular segment,” he says. “To date we have built two of the world's most prestigious megayachts: the Serene, 134 meters long, delivered in 2011, the 15th largest yacht in the world; and the Ocean Victory, 140 meters long, the 11th largest, delivered in 2014. And we are currently working on several other projects.” When asked about the latest craze for superyachts, Daniele Fanara is coy. “I can only talk in very general terms, but you can have a helicopter hangar that disappears below the deck of the ship, swimming pools that turn into dance floors, an open-air cinema, as well as indoor and outdoor waterfalls, revolving lounges, wellness areas with snow rooms.” Some of these features can be found on the Serene, the Fincantieri yacht owned by Saudi Prince Bin Salaman on which, according to Artnet, he recently exhibited Leonardo da Vinci's Salvator Mundi, the masterpiece that sold for the record price of $450 million. A jewel aboard another jewel... But this is another story – a story about dreams, flights of fancy and the race for the pinnacle of luxury.

“Made in Italy” luxury defends its artisans

The “Made in Italy” label is going through a fragile period. With its often unknown and endangered regional craftsmanship, it is today experiencing difficulty. Yet the hand-made and “Made in Italy” stamps have been revaluated following the confinement period.