Will the red carpet economy recover from Covid?

When all the glitzy events were put on hold, red carpet product placement came to a sudden stop. Now, a social revolution in the name of a new activism waits in the wings for the glamor season to resume. 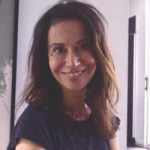 We knew how it would be, but the Emmy Awards Ceremony on September 20th was still the strangest ever held: the master of ceremonies stood alone on stage, the winners accepted their awards via Zoom, and of course there was no live audience at all. Also conspicuously absent was the red carpet, an essential ritual that encapsulates much of the magic of these gala events, with stars shining bright in designer gowns and dazzling pieces of jewelry, vying for attention and desperately trying to outdo each other. But these red carpet walks are also essential for the designers themselves: making a splash there is the most spectacular and long-lasting advertisement a designer can have. Who could ever forget the pink Ralph Lauren dress Gwyneth Paltrow was wearing when she won the Oscar, or Marion Cotillard’s Gaultier, or the transparent number created by Givenchy for Beyoncé for the Met Gala?

When the organizers announced this year’s dress code, “Come as you are but make an effort”, puzzlement quickly gave way to creativity. You want to wear pajamas? Fine, just make them your very best. Luckily, most of the nominees still dressed to the nines, even if only with their closest circle or even all alone, in the confines of the stars’ own living rooms. Jennifer Aniston, one of the few on stage, wore a simple vintage Dior. In these times of health, social, economic and political crisis, your dress sends a message, and she seemed to be sending it: the time has come for less bling, more meaning. Regina King wore a Schiaparelli suit and t-shirt featuring Breonna Taylor, and Sandra Oh sported a bomber jacket with "Black lives are precious" embroidered in Korean.

When the pandemic hit, my team went from five people ‘doing the work of ten’, to zero.

Zendaya, an icon of avant-garde style, appeared dazzling in Christopher John Rogers, a young African-American designer, and Bulgari jewelry of which she is an ambassador. Strong messages had also been sent out at the Venice festival a few days earlier, with Tilda Swinton turning the compulsory mask into a fabulous accessory, a glamorous reminder to everyone to wear one. Cate Blanchett, the president of the jury, wore a dress she had appeared in before, and that too was a message: luxury is not a disposable merchandise.

The red carpet business at a standstill

Red carpet activism is nothing new, but in these times of pandemic and calls for racial justice, it has become an imperative. And yet, fashion and glamor still have a place here: it is actually something reassuring for all those stars who have not stepped onto a red carpet in the last six months and still do not know when things will get back to “normal”. For luxury brands, designers, make-up artists, hairdressers, and other professionals these events are essential to allow each dress, shoe or necklace to be scrutinized from every angle, over and over again, all around the world. But this well-oiled system came to a sudden halt almost overnight. "When the pandemic hit, my team went from five people ‘doing the work of ten’, to zero, and it was so sudden," says Elizabeth Stewart, Hollywood's most prestigious designer and a favorite of Cate Blanchett.

The red carpet, an advertising tool

This system dates back to the early days of the internet, as celebrities became increasingly scrutinized, analyzed, and judged for their style all the time, from all angles. Soon, most felt the need to call in stylists to dress them and create their image on a daily basis. "Brands understood that this was an advertising tool, and began to develop the concept of ambassadors," says Cameron Silver, the guru of vintage with his Decades boutique and author of Decades: A Century of Fashion. "These relationships already existed before, for example between Givenchy and Audrey Hepburn, but it is an industry in its own right today and the bigger the contracts become, the more the stars commit to wearing only one brand and never the same thing twice." So much so that red carpets began to lose their charm. Was it perhaps starting to become boring, knowing that an actress would be wearing such and such, and that the stars were getting paid a fortune by the brands to showcase what they were wearing? "No, that's a big exaggeration," says Silver. "An actress will never wear something she doesn't like. The commercial aspect of the relationship with brands is not as unhealthy as they say, it's much more organic."

Activism on the red carpet

Racism, solidarity, sustainability: the red carpet is bound to extend beyond fashion, defining public conversation even more than glossy magazine covers and trendy websites. "The movement was already afoot, but the brands were not ready for it," explains Silver. “Everything had become so ephemeral, almost disposable. It's absurd: people are not shocked that the stars wear overpriced dresses, and yet they want to see them do what everyone else does, wearing their clothes over and over again."

I believe that in our global context, it is essential to use these platforms to pursue a mission. And what’s more, the life of these clothes will be longer, perhaps by several generations

This is now the principle guiding Elizabeth Stewart's work. "My associate Jordan Grossman and I were so distraught when everything stopped," she says, "that we decided to try to do what we could. So we launched Chic-Relief.com, which resells luxury fashion to benefit charities. We raised $100,000 for Direct Relief in May!" Their new challenge: raising the same amount for Facing History and UN Women by auctioning off the outfits that appeared at the Venice Festival – including Cate Blanchett's. "I believe that in our global context, it is essential to use these platforms to pursue a mission. And what’s more, the life of these clothes will be longer, perhaps by several generations.”.

Sustainability, social justice and the need for security will define 2020. Fashion is a mirror of society and the luxury industry cannot miss this turning point. However, the red carpets are not about to disappear, though they may remain virtual for some time. "People will always love beautiful things, the magic of movie stars," Silver says with a smile. "We want to see beautiful dresses, and actresses want to wear them". While the mutual benefit approach is unlikely to change much, collaborations must evolve. A spectacular dress will always have its effect, but it is its connection to the world we live in that will be judged when the red carpet returns. Elizabeth Stewart is hopeful: "Of course the red carpet is about dreams and being dazzled and it is a fantastic way to escape our worries for a moment, it’s just that now there’s a need for some additional meaning. But trust me, I'm working on it!"

Exclusive interview with Caroline Scheufele, co-president and artistic director of Chopard, on the behind-the-scenes shooting of the “Happy Diamonds” campaign with Julia Roberts.