The iCar: more than a dream?

There may be more to Apple’s automotive project than just rumors. Moves in Cupertino suggest things might be getting rolling, and the com-petition is revving up 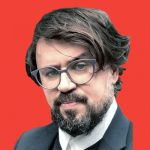 Back in 2014, the Financial Times set the business world and the internet abuzz when it announced that Johann Jungwirth, former head of R&D at Mer-cedes Benz, had been hired by Apple. The idea that an iCar could be in the pipeline took the world by storm. Two years later, the Cupertino tech giant as good as acknowledged as much when it put project Titan (the code name for Apple’s automotive project) on the shelf and sent hundreds of engineers home, shifting its attention to autonomous driving systems and the Car Play software, both of which catered to third party car manufacturers.

But despite Apple's denials, the rumors have never gone away, and continue to be fuelled by a steady trickle of hints and clues. After all, with a current market value of an unheard of 1.5 trillion dollars, Apple can theoretically afford to do just about anything, including creating an automobile brand from scratch. The recent new hires include Doug Fields, a star engineer who spent five years at Tesla. That brings Ming-Chi Kuo, a well-known analyst of all things Apple, to conclude that the tech giant is still set on doing what it did to the mo-bile phone market in the automotive world, possibly within three to five years.

As speculation gains new momentum in the wake of the new hires, Apple's patents have come under intense scrutiny. And that speculation might just be on the right track, considering that the Unites States Patent and Tradmark Of-fice (USPTO) recently registered two new applications that seem to support the theory of an iCar proper, rather than merely a carOS app for the automo-tive industry. The first patent concerns a sunroof system with new tinted glass technology, and the second is about a vibration alert system for the driver's seat.

Katy Huberty, an analyst at Morgan Stanley, has absolutely no doubt. In a re-search note focused on Tesla and seen by AppleInsider, Apple was depicted as the future rival to Elon Musk's cars. According to Huberty, project Titan has actually accelerated, with Apple pouring $19 billion into it in 2020 alone. To try to understand the enormity of this sum, think about the fact that the entire au-tomotive industry as a whole spends a combined total of $80 to $100 billion on R&D each year. Huberty adds that Apple sees “vehicular tech as a large mar-ket where (it) can contribute to a better solution,” just as it has for health tech-nology with the Apple Watch and financial transactions with Apple Pay. Huberty believes that the ultimate goal is a vertical integration of all these technolo-gies into an electric, elegant and autonomous vehicle.

Even if all these hypotheses prove correct, it remains to be seen if and when Tim Cook will decide to make the project public and announce the arrival of the iCar. Regardless of a possible launch date, Apple seems likely to attack the automotive market from the top, positioning its car’s price at the high end of the spectrum. The company’s current transition from electronics to services may also suggest that the price tag will be further increased by add-ons and subscriptions to lock in the loyalty of future customers…

Is Elon Musk at all concerned by the prospect of an iCar? Hard to say. A few days ago, his brand of electric vehicles became the world's leading manufac-turer in terms of stock market valuation, reaching $187 billion, leaving Toyota ($178 billion) and Volkswagen ($86 billion) in the dust. That’s a figure that testifies to the boundless faith that investors have in Tesla, especially considering that the Californian manufacturer delivered only 367,500 cars in 2019, while the its Japanese and German competitors each produce over 10 million vehi-cles per year.

It should be noted that Tesla has the wind in its sails. Its Shanghai factory, built in record time, sold more than 11,000 Model 3 units there in May alone, even as China struggled with the Coronavirus crisis. And that’s not to mention the new products that have been announced: Model Y, the fourth in the range, is on its way, followed by the Roadster 2 sportscar, then the Cybertruck (a pickup truck that is already a major hit in terms of preorders), and finally the Semi, a tractor for heavy-duty semi-trailers.

Paradoxically, it is perhaps these last two models that Elon Musk should worry about. A new manufacturer has appeared on the scene, by the name of Nikola (likewise named for the very same Nikola Tesla, the brilliant Serbian inventor Elon Musk himself named his own company after). Financed by a panel of leading investors including Blackstone billionaire Trevor Milton, Nikola has recently been outperforming the Nasdaq with a growth rate of 104%, ever since announcing the opening of pre-orders for its future pickup, the Badger. Nikola's objective is very clear: to overthrow the Ford F-150 after 43 years at the top as the leader in US sales, a key market for the segment. But this is in fact Nikola’s second truck; the first was an 18-wheeler that continues to do well in terms of orders. One prominent customer is brewer Anheuser-Busch Inbev, the world's largest beer producer, which has already committed to buying 800.

At the Luna Rossa base in Cagliari, days follow nights at a hellish pace. The engineers, technicians and sailors who make up the hundred or […]

Should we start collecting electric cars?

It’s a little-known fact that in the early 20th century, electric cars were serious business. The first electric vehicle was presented by a Frenchman, Gustave […]