The famous Parisian football club reached this summer the finals of the Champions League, the most coveted trophy of its kind. But this sporting achievement, while historic, pales in comparison to the work done on the value of the brand over the last ten years. 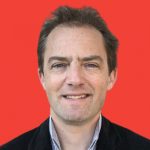 Price of the acquisition of the club in 2011

The current value of the PSG

When Qatar Sports Investments (QSI) bought the club in 2011, Paris Saint-Germain, the product of a merger of a number of small local clubs in 1970, was just one of many football clubs in France, and an only modestly successful one at that: 18 trophies, including just one European title, back in 1995. But its new president, Nasser Al Khelaïfi, had one ambition: to transform the club into a global sports brand in the mold of the major American NBA (basketball) or MLB (baseball) franchises. “In the coming years, we will work to make PSG a great team and a strong brand on the international scene, which will make the fans proud," he explained at the time of the acquisition. His ambition? To play on the same level as the biggest names in sports, to be spoken of in the same breath as the New York Yankees and the Chicago Bulls. “Paris is the number one tourist destination in the world,” said Al Khelaïfi at the time. “It's the city of fashion, gastronomy, arts and great museums. And yet Paris has only one club, while most major capitals like Madrid or London have at least two. We see this as an opportunity to create a great club of international stature in France.”

Ten years later, the transformation is undeniable: Neymar and Mbappe, two of the four best players in the world, grace the PSG roster, the club's revenues have risen from less than 100 to almost 700 million dollars, the income per seat is the highest in Europe, the Parc des Princes has been entirely renovated, and there’s a brand new state-of-the-art training center soon to be completed. Meanwhile, PSG ranks 5th in the European financial ranking of football clubs, and Forbes Magazine has named Paris Saint-Germain as the second-largest sports brand in the world in terms of growth. Unprecedented. Even the highbrow Harvard Business Review has taken an interest in this winning strategy and studied it in depth, ultimately resulting in a flashy showpiece for the marketing elite entitled “Paris Saint-Germain: building one of the world's leading sports brands”.

That case study has gradually made its way into the classrooms of Harvard’s prestigious business school. All in all, real recognition for the strategy pursued by the club over the last decade, which has consisted in building a top-notch team capable of winning the national and European championships (by tapping stars like Ibrahimovich, Buffon or Beckham, each of whom are already brands in their own right), establishing a strong PSG brand in France and internationally, expanding the club's fan base, developing revenues, and investing massively in long-term assets.
It’s a transformation that started with Paris Saint-Germain professionalizing its management team, recruiting, hiring a coach and bringing in top players, investing heavily in the training of future young players and renovating its stadium and training center, which will open in the next few years.

But there is more. Above all, the identity of the brand needed to be redefined to open up the wealth of possibilities to, on the one hand, elevate the brand to the Valhalla of sports teams, and two, inject a healthy dose of French glamor. This required bringing out its intrinsic qualities, celebrating the values of its products and the sporting achievements of the team – injuries and comebacks permitting, of course.

Wat makes us different, unique is this capacity to be a lifestyle brand, with a strong creative content

Fabien Allegre, Director of Merchandising and Diversification for the PSG brand

To do this, Paris Saint-Germain chose to capitalize on… yes, Paris – to really become the home team of the City of Light. This meant modernizing its image, starting with its logo (restyled around the Eiffel Tower). Briefly, they even toyed with the idea of renaming the club Paris SG, to do away with the historical reference to Saint-Germain-en-Laye. “Fashion, style, design and elegance are the hallmarks of Paris,” says Fabien Allegre, Director of Merchandising and Diversification for the PSG brand. “We have capitalized on the DNA of Paris, its roots, its identity, its originality. That's what sets us apart from other cities, what makes us different, unique; it’s this that gives us the capacity to be a lifestyle brand, with a strong creative content.” And, we add, to then take it one step further and imagine different things, to stretch the brand into territories previously unexplored by the big football clubs: like fashion, music, art. These new and original collaborations have brought PSG to new, different audiences time and again.

In 2017, thanks to a collaboration with designer Christelle Kocher, the club sported jerseys reinterpreted by the Koché fashion house that proved to have vast appeal to people and celebrities all over the world. Even Beyoncé was photographed wearing an PSG-branded creation. One year later, Indian designer Manish Arora embraced the club's colors and applied them to a whole range of clothes. PSG recruited Guillaume Salmon, former communications manager of Parisian concept store Colette, to choose the right brands and explore meaningful collaborations. Another contract was signed with the Rolling Stones to develop a line of clothing and accessories. In Japan, where Paris Saint-Germain opened both a boutique and a café to better exemplify true French lifestyle, the club has turned into a major fad. Trend-setters wear limited edition jerseys sold only in the archipelago. It's a far cry from yesteryear’s beer and sausages sold on match night. The posters for its most important matches are designed by trendy artists, famous illustrators and graphic designers (Kongo, Mambo, Jonone…), while Parisian designers like Maison Labiche and Cinabre develop cutting-edge clothing collections. In 2018 the PSG brand joined forces with Jordan and scored a major win - in terms of image, international popularity and of course commercial sales. The “jumpman” logo was a first for the club's jerseys. It made a huge impact, completely selling out within just a few days. Even Justin Timberlake wears PSG X Jordan. Unprecedented.

PSG, a global brand with a hype and arty aura

Coming from football, the PSG brand, which has acquired astounding legitimacy in sportswear and urban fashion, is gradually adopting the codes and attitudes of a luxury brand. The biggest Parisian gallery owners like Kamel Mennour have private boxes at Parc des Princes, where they host the most cutting-edge contemporary artists. DJ Snake promotes the new 2020-2021 jersey on social networks. In Seoul, a city firmly in the sights of all the most cutting-edge brands, a PSG pop-up store opened in the summer of 2020; here you can find ultra-rare collectibles, like the #PSGlimited collection and a box of fishing flies created in collaboration with French artist Olivier Masmonteil (a big fan of fly fishing). Who would have believed it? By bringing together innovation and excellence, Paris Saint-Germain, a club of the new generation, has not only advanced its brand and its new business model, but is charting the way for the future of football. To the great satisfaction of its shareholders, it must be said – acquired for €70 million in 2011, Paris Saint-Germain is worth more than €3 billion today.

Luxury goods bought through leasing arrangements is a strong trend that has increased with the pandemic. This instalment method, flexible and free from initial interest rates, offers immediate satisfaction to consumers. On the flip side, it would lead to over-indebtedness.

The year 2021 opens with many questions, including those raised by recent acquisitions operated in the luxury industry, obvious signs of new strategies accelerated by Covid-19.