Luxury as an active shelter 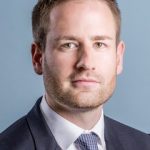 For the luxury goods industry, the economic shock was twofold. On the one hand, supply has been restricted by containment measures in Italy and France. But even before that, demand took a big hit in China as early as February and then in the rest of the world over the second quarter. Under these dual pressures, sales are now expected to contract by 30% over the year. The rapid recovery that we expected now seems now a distant dream: air traffic remains 60% below its pre-COVID level in Europe and 80% in the rest of the world, pushing the decline in sales far deeper than expected.

However, listed luxury goods stocks continue to rise. On July 15 LVMH, L'Oréal and Hermes outperformed the CAC40 stock index by 15, 25 and 30 basis points respectively. How do we explain this dichotomy between the decline in their sales and the increase in their capitalization?

Firstly, central bankers intervened massively with liquidity injections to avoid another systemic shock to financial markets similar to the one in 2008. This had a downside, however, in that these new inflows of liquidity encouraged investors to take more risk, supporting a faster rebound in equity indices than in activity.

Secondly, investors became more discerning in their investments. This had the effect of prioritizing quality stocks with a large amount of cash, low debt and growing profitability, which mainly benefitted American monopolists in the technology sector and European monopolists in the luxury and healthcare sectors. The quality of their balance sheets took precedence over the deterioration in sales in the sector.

Lastly, the high level of concentration in the luxury goods sector - more than half of the sector's revenues go to the top 10 companies - has reinforced the leading role of the biggest of these on the stock markets. The "KOHLs" (Kering, l'Oréal, Hermès, LVMH) are to Europe what the "GAFAMs" are to the United States. Their market capitalization, which has tripled in the last decade, now represents almost a third of their respective stock market indices. And this trend will gradually get stronger with the recovery in global activity.

The difficult limit of the duty of transparency

Are global strategies, designed to correspond to the greatest number of people, to care for the general interest, to carry universal values, while serving the […]

Unless you’re completely allergic to YouTube and social media, you’ve probably noticed the many unboxing videos crowding the internet lately. This trend, often lead by […]